On Tuesday, August 8th, The CareRite Centers Network announced Gary Lou as this year’s recipient of the National Concierge of the Year Award. Gary serves as the Director of Concierge Services at The Phoenix Rehabilitation and Nursing Center in Brooklyn, New York.

Gary was recognized by his colleagues and peers for his unprecedented commitment to customer service and patient satisfaction during this year’s National Concierge Conference in New York City. Congratulations, Gary on this outstanding accomplishment and thank you for being #TheCareRiteDifference! 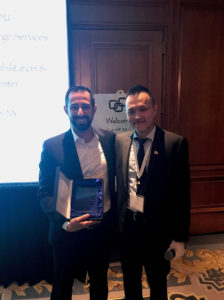